Beaufort County Community College student Brett D. Ange has been chosen to receive the prestigious Academic Excellence Award for the 2012-13 academic year. He is one of 58 award-winners statewide and will be recognized at a ceremony on the BCCC campus later this year.

Ange, 20, of Jamesville is enrolled in BCCC's associate in general education (AGE) classes. A 2011 graduate of Riverside High School, he is employed as a receptionist at H & R Block in Plymouth. He is the son of Cathy and Dwayne Ange of Jamesville. Ange plans to study nursing at BCCC after completing his general education studies this year.

Ange has a 4.0 grade point average at BCCC. The oldest of three children, he is a member of Christian Hope Church of Christ in Plymouth and works in his spare time on the family's Martin County farm.  "I am very honored to receive this award on behalf of my community and the college," he said.

Ange said he chose BCCC after graduating early from his high school with the intention of transferring to a four-year university. Instead, he chose to remain for his college and nursing studies because he likes the small campus and the individual attention he receives from instructors.

"I liked the campus and the personal attention from my instructors so much I just stayed," he said. "I enjoy the small campus." 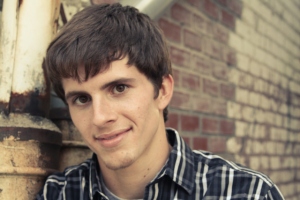