For Deon Selby, returning to Central Piedmont Community College in summer 2010 seemed like one of life’s natural progressions. Not only had he previously earned his GED from the College in 1997, but his uncle and mother were alumni of the institution as well.

Deon returned to CPCC three years ago to earn a finance degree and gain the credentials needed to support his professional career. However after taking several business classes, he enrolled in a Computer Integrated Machining (CIM) class and his career aspirations quickly took a detour.

“The course challenged me on a completely new level,” said Deon. “I knew then that I wanted to pursue a career in computer technology.”

Deon explored CPCC’s options and decided to enroll in the College’s new IHK-certified job-training program. The program boasts a learning track in Computer Numerical Control (CNC) Machining Technology and gives students the opportunity to earn credits toward an associate degree while connecting them to Charlotte, German-based companies seeking well-educated and well-trained workers.

Deon will complete his IHK certification this summer, a program that has taught him vital computer skills such as computer-aided design (CAD) techniques, CNC machine tools and programming commands.

“The skills I have learned in the classroom will be invaluable assets to have in the workforce,” said Deon. “CPCC’s instructors have been there for me every step of the way, encouraging me to not only do my best, but also to be my best.”

As a result, Deon has been named an Outstanding Student at CPCC, been inducted as an Honor Society member, earned Dean’s and President’s List honors and more.

His list of achievements will soon expand to include an associate degree in mechanical engineering; he earned 34 credits toward the degree while enrolled in the IHK-certified job-training program. Deon expects to graduate with this distinction in spring 2014. In the mean time, he’s enrolled in the College’s German Immersion program, an offshoot of the IHK program, and is learning the German language.

“Being fluent in German will help me better secure a position with one of the 500 German companies based in the Carolinas,” said Deon. “I have such an appreciation for CPCC; it is making so many opportunities available to me. The College is a valuable community resource that gives individuals a future.”

CPCC became the first U.S. community college to offer IHK-certified job-training programs in April 2012 when it signed an articulation agreement with IHK-Karlsruhe, a German regional chamber of industry and commerce. The program gives CPCC students the opportunity to earn IHK-endorsed certificates in five programs, making them more attractive to German companies in the Charlotte region. 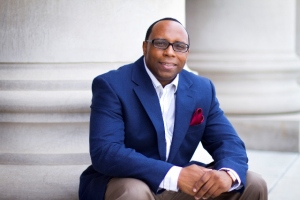