Derek Stewart was enrolled in the Stanly Community College Electrical Lineman program that began December 9th, 2013.  The following Monday after completing the course, he began employment with Utility Line Construction Services to pursue a career in the electrical service field.  His prompt employment is a direct result of the knowledge and expertise this course embodies.

As a family man with a wife and three children, there were challenges along the way, but he persevered. “I love what I do,” commented Derek.  He works on the installation of underground service wire in the Underground Operations part of the company.

Derek felt that the training area of the campus was well-planned and the instructors were very helpful. “One would be hard pressed to find a gathering of instructors with more experience in the industry than those assembled at Stanly Community College.  Randy Smith brings the history and work ethics of Union Power Cooperative, Bill Wilson highlights experiences gained through employment with Duke Energy, and Scott Furr establishes familiarity with the practices of utility contractors.  All of the instructors hold the students to a main principle of safety and efficiency,” added Derek.

As he began his employment with Utility Line Construction Services, he was not surprised to find out that those who had received the Electrical Lineman certificate from SCC were not only prepared for the job, but were rumored to possess knowledge and familiarity with line construction far beyond what was expected from an 8-week course. 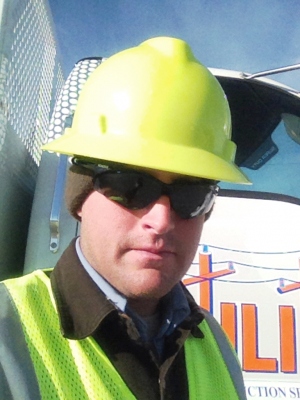