Dr. Ben F. Currin served as president of Vance-Granville Community College for nearly 18 years, beginning in 1981.  Current Vance-Granville Community College President Stelfanie Williams states that Dr. Currin “was a determined leader known for his vision and innovation…who demonstrated to other schools across our state that fostering strong relationships is the foundation for building powerful and effective educational institutions.”

When Dr. Currin became president, the campus consisted of five buildings in Vance County. When he retired in 1998, the college had become a four-campus institution representing nearly $18 million in new construction. Dr. Currin had accomplished his long-term goal of modern, well-equipped campuses in all four counties served by VGCC.

Dr. Currin’s determination to make attendance at Vance-Granville accessible to all deserving students led to an active pursuit of donors and the establishment of hundreds of scholarships. Through his leadership, the college’s Endowment Fund Corporation was reactivated in 1982 with a balance of just $12,000. By 1994, the fund had passed the $1 million mark and grew to approximately $5 million by the time of Dr. Currin’s retirement.

Recognizing the necessity of marketing and public relations, Dr. Currin not only hired professionals to accomplish these tasks, he was also an active participant. He created the position of Marketing Director in 1989, when many colleges in the system did not even use the word ‘marketing’ in their organizations.

Dr. Currin pushed for and presided over the installation of computer labs and programs at all the college’s campuses early on, leading to VGCC’s designation as a “Southern Regional Electronic Campus.”

First and foremost an educator, Dr. Currin demanded that Vance-Granville offer curriculum programs and extension classes that would most benefit the people of the college’s service area. New curriculum programs in allied health and technology were added to meet the changing demands of the workplace and partnerships with area high schools were established.

Vance-Granvillle’s Board of Trustees Chair Deborah Brown says that Dr. Currin took the college “from a fledgling school into a powerful institution, demonstrating how rural colleges can deliver education to its citizens effectively and efficiently.”

President Williams concludes that Dr. Currin was “a trailblazer who created a model of success for community colleges everywhere.” 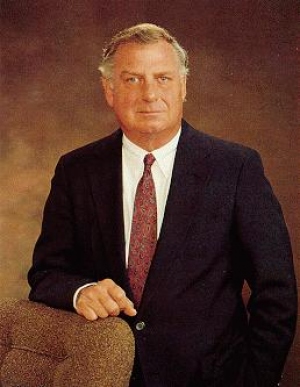