Fouts of Jamestown, N.C. served two terms (1991-1994; 1997-2001) as executive vice president at Guilford Technical Community College. He retired to pursue teaching Development Education as an adjunct instructor (2002-2010) at GTCC and became the grant coordinator of the Developmental Education Initiative (2009-2010), a three-year effort (2009-2012) to make developmental education more effective and efficient in order to help underprepared students get on the completion track.

A teacher, mentor and leader, Fouts’ career in the N.C. Community College System and his major contributions span more than 40 years.

"It has been my good fortune to work for a System that provides an opportunity for so many North Carolinians to improve their lives and, in doing so, to improve the future of our state," Fouts said.

One of Fouts’ most significant contributions at GTCC was his expertise and guidance in the grant application process for Completion by Design (CbD), a Bill & Melinda Gates Foundation initiative to increase graduation and completion rates among young, low-income students nationwide. As a result of his involvement, North Carolina became one of only three states to receive the competitive grant in May 2011.

Shortly after, the Bill & Melinda Gates Foundation named Fouts as senior partner for the cadre of North Carolina community colleges participating in Completion by Design. He became a nationally recognized consultant, who guided each institution in adopting a culture dedicated to student completion as well as counseled and empowered presidents and their teams to carry out CbD’s mission. His leadership and expertise were critical to the administration of CbD – both statewide and nationwide. Fouts retired from the position in 2013.

“George helped the colleges see the interconnections between CbD and all of their student success initiatives,” said GTCC President Dr. Randy Parker. “The implementation of Completion by Design is the crown jewel in George’s lifelong contribution to the founding principles of the North Carolina Community College System.” 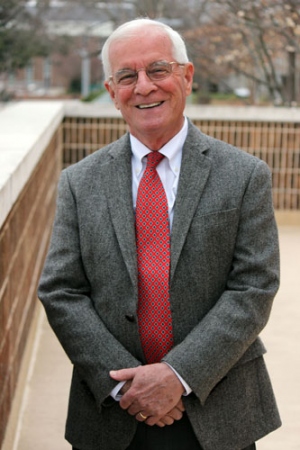