As a child in Texas, Jeremy Jackson was designated as a special needs student. He graduated high school and came to Asheville not knowing what his future held.

“But I thought about who I was letting down if I didn’t go to college,” he said. “A lot of the instructors were not afraid to step in the role of mentor.”

Jeremy has now earned Associate in Arts and Associate in Science degrees from A-B Tech and is now working on a third degree in Massage Therapy. He plans to become a physical therapist and also serves as a mentor to younger African-American males.

“I like to motivate and inspire youth,” he said. “Youth are the heart of the community, so I plan to encourage them to get a superior education. I want to ensure our youth remain in school, graduate, and enroll in college. My aim is to mentor future generations.”

As an active member of the college’s Minority Student Leadership Academy, Jeremy has attended many events that pave the way to success. He was one of 48 students selected to attend the Men of Color Inaugural Student Leadership Institute’s Conference in Phoenix.

“One of the most impressive parts of the conference was looking out over a sea of faces of color…that had attained their PhD. or Ed.D. The room was filled with African-American community college presidents, vice presidents, and chancellors,” Jeremy said.

Jeremy won seventh place in the state for public speaking at the Phi Beta Lambda state leadership conference. He has been accepted to East Carolina University and plans to attend there in the fall.

Jeremy was also one the first recipients of the 100 Men and Women Minority Scholarship awarded through the College’s Foundation. Established by Samuel Abdul-Allah and Johnnie Grant, the scholarship provided two $1,000 scholarships for the 2012-13 academic year. 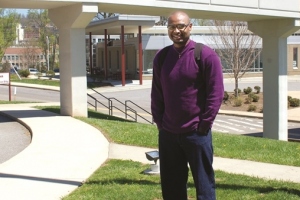