My interest in Coastal Carolina Community College began when I first heard of their Associate in Applied Sciences Emergency Medical Science-Paramedic Program. This being my first attempt at higher education, I was very nervous and intimidated by enrolling in a two-year degree program, however I suppressed my fears and continued with my plan.

Within my first semester, I became aware of the Star of Life student club that is affiliated with the paramedic program. I began attending meetings and became active in participating in Coastal's Student Government Association events. Within the second semester of my attendance at Coastial Carolina Community College, I was honored with being elected president of the Star of Life club. I was encouraged to raise money for the club by hosting a fundraiser. With the assistance of the SGA and the Coastal Carolina Community College Foundation staff, we held a 5k Zombie Run and raised approximately $4,000. Never in my life have I been more anxious, stressed, flustered and completely overcome with exhilaration with an event. It was phenomenally life-changeing.

During my third semester, my time became more and more involved with the SGA. Through these activities and events I was made aware of the openings for Student Government officer positions that would be available for the fall of 2015 and the spring of 2016. I was strongly encouraged by the staff of Coastal and by my family to apply. I conceded and was elected to the position of vice president. Upon entering the vice president position, the events as well as roles and responsibilities within my time at the college increased. I became acquainted with more of the staff at Coastal and learned more of the inner workings of an academic institution.

I am now in my final semester at Coastal Carolina Community College and am sadened by the thougtht of my short time here ending. Recently, I have taken on the role of SGA president. I am extremely honored to hold this title and have learned much within my short time of holding the position. All in all, it has been a spectacular time and I have learned more than I could have imagined. Coastal has provided not only excellent academic education but extensive leadership and management training through the opportunities that have been made available to me. 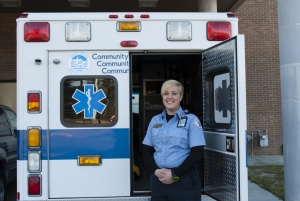