In 2009, I dropped out of high school in the 11th grade because I simply lost interest in going. I began working here and there, never really being able to hold down a job. After about a year, I decided to try to take Adult High School classes at Robeson Community College to finish my diploma at night. I continued to do this for a while, and that eventually lost my interest as well.

Four years later, tired of working in factories and for minimum wage, I decided it was time to go back to school. I had never thought about going to college until I talked to Terry Jackson, the Transition Coordinator at RCC. Terry talked me into getting my GED several weeks before the 2014 fall semester started. After an hour of talking, he assured me that I could do it. The next week I went in to take my GED and passed all four of the required tests. Two weeks later, I was enrolled in classes for the fall semester.

I never thought I would even go to college, let alone maintain a 4.0 GPA. I can truly say that I have enjoyed every minute at RCC. I would like to personally thank Terry Jackson for helping me get started. Without Terry pushing me to do it, I would have never tried going to college. I would also like to thank all of my instructors, Clifton Oxendine, Michael Jacobs, Rodney Williamson, Loretta Allen, Connie Ivey, and finally Dr. James Bass. 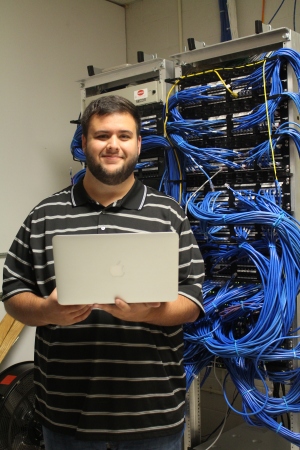