"(Kirsten) is one of my advisees and is just an awesome young lady,” said Grey Lane, RCC’s division chair for Arts, Social Sciences & Public Services. “She is a Presidential Scholar and serves as the president of the statewide student government association for community colleges (N4CSGA) thus illustrating her participation, engagement, and leadership at RCC and in the community college system.” She is also vice president of RCC’s SGA, a group she has been a part of since her first semester in fall 2015.

Kirsten will be the first member of her family to earn a bachelor’s degree. She has two younger brothers, her mother is a waitress at the Y’all Come Back Café, and her father is the shipping manager at UltraCraft in Liberty. Kirsten likes the thought of setting a good example for her brothers, but more importantly, she wants the degree for herself. “I don’t necessarily want to stop there. I feel that education is a privilege and an opportunity. I want to take it as far as I can.”

When she graduates from RCC in May 2017, Kirsten plans to transfer to North Carolina State University and major in communications/public relations with a minor in political science. Her plan is to go to law school and maybe into politics. But she is also passionate about education and children, fueled by a recent internship she has begun at the Randolph County Partnership for Children. She said she would be happy working for a community college foundation or a nonprofit helping children. “I may even work at the (NCCCS) System Office one day.” 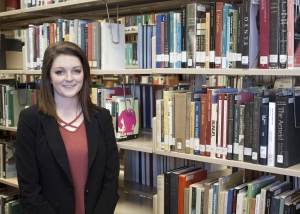