Growing up as the daughter of an electrical engineer father and a draftsperson mother, Kristen Thompson had an obsession with floor plans.

So when she enrolled in the University of North Carolina at Charlotte as an accounting major, Thompson knew she was doing something wrong.

As a 20-year-old new mother, Thompson said she was trying to figure out her next steps in life – until she discovered ACC’s mechanical drafting technology program.

“If it weren’t for ACC, I wouldn’t be where I am now,” Thompson said.

With an intensive hands-on curriculum and a convenient daycare center for her 5-month-old son, Thompson said ACC’s unparalleled support helped her juggle the difficulties of raising a son while studying for her degree.

“ACC treated me like family,” Thompson said. “In the mechanical drafting technology program, the instructors were always there for us – they were our mentors. We could call them outside of class whenever we needed them.”

The support from Thompson’s instructors continued into her career – where she immediately landed a job as a computer-assisted design operator at Brady Trane following her 1996 graduation, thanks to encouragement from one of her ACC professors.

Since Brady Trane, Thompson worked as a designer with Moser Mayer Phoenix in Greensboro, N.C. She was hired in 2002 as one of the first computer-assisted design operators for Skanska USA Building, where she is now the company’s virtual design and construction manager in Durham, N.C. – a job that allows her to work on projects in North Carolina, South Carolina, Virginia and West Virginia while still staying locally to raise her four sons.

In honor of her career success, ACC awarded Thompson the 2012 Distinguished Alumna Award at the college’s 2012 Celebrating Excellence Awards.

“I was shocked and completely honored to win,” Thompson said. “I am so proud and humbled by the success and support that I’ve had.”

“I encourage anyone to go community college, especially Alamance Community College, if they have any kind of passion for engineering,” Thompson said. “The detailed software knowledge is over and beyond what you can get anywhere else.” 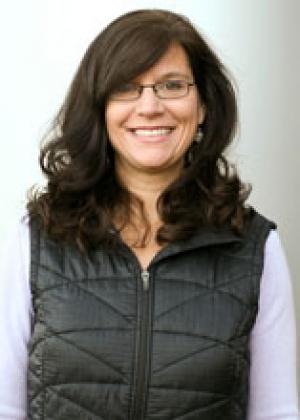