In 2007, I received a letter that would subsequently change my life. North Carolina Central University, the university I attended after I graduated high-school in 2005, had sent me a letter notifying me that I would not be receiving financial aid for the 2007-2008 academic year due to poor grades and relatively no academic achievement. In early 2008, after the fog of failure finally dispersed and I was able to think clearly, I realized that I had to do something with myself in lieu of not being enrolled in an institution of higher learning. With that being said, I sought out and obtained employment because I needed to support myself, as well as my mother who was unable to work at the time due to a medical condition. Working at K-Mart for a year made me realize that I gravely needed an education. I gave the company almost a year of my life with hardly anything to show for it, so I didn’t want that time to increase to years and years of hard work for nothing; therefore, in 2009, me and my mother moved to Pender county, an area we were both familiar with since we had spent a vastly significant amount of time there. Having virtually no money, we moved in with my mom’s parents and then began to contemplate things we could do to improve our situation. Having been a Pender county school employee for more than a decade, my mom went back to her old job at South Topsail Elementary and began volunteering her time there. Since I had absolutely nothing to do, I began to join her every day that she would go. Upon realizing that I hadn’t finished college, many of the teachers there, some of the very same instructors that I had as a child, strongly urged me to enroll in Cape Fear and re-commit myself to completing my education. I proceeded with the paper work, was accepted, signed up for classes, purchased my books, attended my first day of classes and the rest was history.

Cape Fear Community College has been my saving grace. It has helped mold me into the driven, focused and responsible man that my mother and many others knew that I could be. My first semester enrolled at CFCC, the 2010-2011 semester, wonderful things began to fall into place for me due to my hard work and focus. First off, I received all A’s in the four courses that I was enrolled in for the fall 2010 semester which placed me on the President’s List for the first time in my life. Next, in the spring 2011 semester, I was not only once again placed on the President’s List, this time enrolled in five courses instead of four; I was also inducted into the honor society of Phi-Theta Kappa. Moreover, in May 2011 I was one of three student speakers carefully selected to give a speech at the annual Gift of Education Luncheon; a luncheon implemented to raise money and awareness for the necessity of scholarships at CFCC. Also, I enrolled in two classes for the 2011 full-length summer session and in both I earned A’s. Furthermore, in the 2011 fall semester, for the fourth consecutive time, I earned myself a spot on the President’s List, while also earning the highest overall average in my Bio-110 Principles of Biology class. Lastly, I have accumulated forty-seven credit hours thus far and I am currently enrolled in thirteen credit hours this semester which, upon completion of the 2012 spring semester, will place me at an even sixty. I intend on graduating from CFCC with my Associate’s degree and then attend UNCW where I will then continue my pursuit of an English Education degree. Although my current plans are to attend UNCW, I have received interest from other prestigious, out-of-state schools such as Cornell and The University of Maryland. 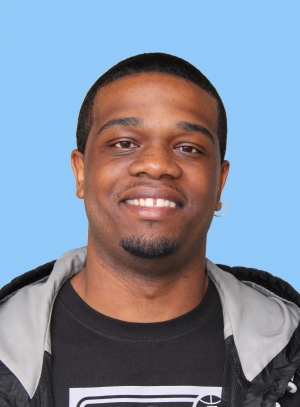