I was born in Chicago but I have spent half of my life traveling with my parents due to my father’s job relocation. At a young age, I was introduced to two different languages, Arabic and English. While in Jordan, I was criticized by my third grade teacher because of my poor Arabic speaking skills. This lowered my self-esteem and confidence. Yet, I didn’t want to build a barrier between my education and language. So, I started to enhance my intellectual development by reading, communicating with others, and attending after school sessions. As soon as I reached the top ranks of my class in 7th grade in Jordan, life took another sudden turn. My father’s job was relocated back to the United States where my struggle with the language started all over again. During my first two years of high school, I was lost, like a stranger in a pool of teenagers. So, I began learning English as a Second Language (ESL), attending library sessions, and reading books. This challenged me to take AP courses which lead me to discover my passion in chemistry. In the community, I learned that my contributions really made a difference and I decided to attend college locally at Rowan-Cabarrus Community College.

I view myself as a servant leader. Servant leaders are individuals who work to improve the world; they are the leaders in the room who are actually listening when others speak. They are the bridge builders, the division healers and the ones working to make the community a better place. The epitome of a servant leader wants the focus to be on the community and changes we can make when we work together. My leadership style is built upon motivating people, providing direction, and implementing plans. I speak less and display more actions with positive outcomes. Leadership taught me persistence and to be able to lead with humility. It showed me that everyone has the potential for greatness.

Locally, one of my greatest contributions was establishing a chapter in my community dedicated to volunteerism. This chapter empowered the youth and advocated for the homeless and the needy. Project Downtown events were scattered around Charlotte to provide food and sanitary supplies for the homeless who spent most of their daytime on the streets. People of different backgrounds and religions came together to implement change. When we aid people, we transform communities, and when we transform communities, we change the world together. After witnessing this, I realized that if I hadn’t listened to my inner-self, then I wouldn’t be the leader I am today in my community.

Internationally, I participated in a pharmacy internship with the Trust Pharma organization during the summer of 2015, abroad in the country of Jordan. I learned about medication, and helped assist patients in rural environments. I was stunned to see the lack of documentation regarding the patients’ medical records and the excessive uncontrolled drug dispensing. One specific process that peaked my curiosity was prescription loans. This is when prescription drugs are issued on a loan to individuals that are unable to pay the cost with intent to pay for it later.

I suggested to the head pharmacist to establish a general fund for the people in need and to document outstanding loans as they were reimbursed; the concept of record tracking (pen and paper) of funds used for less fortunate patients was accepted and implemented.  Little did I know my courage to make these suggestions would change the way this pharmacy conducted business. As a future Research Scientist, I want to improve pharmaceutical management in rural environments by taking a step further and introducing technological advancements that will help manage and regulate patients’ tracking of medical records. My curiosity will one day turn into a long-term achievement.

At Rowan-Cabarrus Community College, I have been recognized for my leadership, community involvement, and academic achievements. To show my gratefulness for RCCC, I wanted to serve the college’s community and impact other students on campus. By becoming a Student Ambassador for the college, I had the opportunity to interact with the Board of Trustees and help transition new students into RCCC successfully. While an Ambassador, I volunteered at the tutoring center and now work there to help students in their academics. I also became a Student Government Association Public Information Officer. From here, I presented the student’s body’s voice at different volumes and promoted events on campus. I also became involved in the Phi Theta Kappa Honor Society as Vice-President and Public Information Officer. Most recently, I was selected as a National Engaged Leader and a Coca-Cola Leaders of Promise Scholar.

I used to be a shy student who was afraid of speaking up and pouring out ideas. I was surrounded by people who limited my ideas. I admire the leadership that Governor Robert Scott brought to North Carolina. My college experience thus far has given me new opportunities to solve problems just as he did. I want my life to be committed to serving other people since it is the driving force for my happiness. “Those who are happiest are those who do the most for others.” -Booker T. Washington

Thank you for honoring me as the 2016 Governor Robert W. Scott Student Leadership Award Recipient. 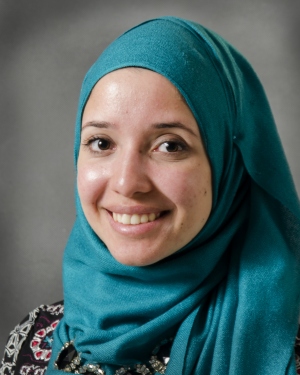