"Sean Ross is a student leader and role model at our college because of his educational and extracurricular accomplishments," said Dr. Catherine Chew, president of CCC. She added, "I have no doubt that Sean will continue to be an exemplary leader throughout his career and life."

The Governor Robert Scott Leadership Award was created in honor of Scott, who was governor from 1968-1972 and was the president of the North Carolina Community College System (NCCCS) from 1983-1995. The nomination criteria for the award included list of nominees' campus/community activities, letters of endorsement, student grade point average of 2.5 or higher, and a reflective leadership essay from the student. Ross will receive an award and $1,000.

Ross began his education at CCC in the summer of 2012 to major in psychology. He will transfer to East Carolina University to study neuroscience in the fall 2014. He was inducted into the Phi Theta Kappa national honor society and he joined the CCC Student Government Association (SGA) 2013 as its vice president. He is currently serving as the SGA's president. Ross is also a member of the college's Science Club.

Ross is a veteran of the Marine Corps and achieved rank of staff sergeant while stationed at Marine Corps Air Station Cherry Point. Ross said his role model for leadership is his father. In his childhood, he witnessed his father's leadership as a maintenance manager for a local newspaper. Additionally, his military training and experience played an important part in his growth as a leader. 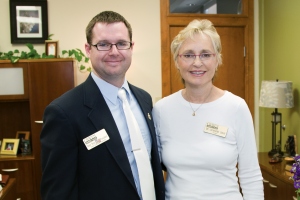