Clenching the straps of my book bag in sheer nervousness, I walked into the doors of Davidson County Community College. In an instant, I was in a class with adults who had full-time jobs, spouses, and children. I immediately knew that they, like the instructors, were not going to tolerate any of the antics that were prevalent in middle school. No longer would my classes be composed of students my age, led by a teacher who repeatedly reminded us of due dates, accepted late work, and quietly dismissed the incessant chatter of the class. I was no longer an eighth grade student; I was a freshman in the Davie Early College High School program at DCCC. This accomplishment marked my transition from childhood to adulthood.

I began taking both high school and college courses at the age of fourteen. During the past four years, the number of college courses increased and the number of high school classes decreased. I became more independent, organized, and prepared for a four-year university. I learned how to communicate effectively and professionally with college professors and think critically to solve problems. Academically, my years at the DCCC marked some of the first times in my life that I was challenged as a student and as an intellectual adult.

In August, I will be attending the University of North Carolina at Chapel Hill. The courses I have taken at Davidson County Community College have prepared me for the courses I will encounter at Chapel Hill. I am grateful for the amazing instructors that have helped me find and stay on the path to success. 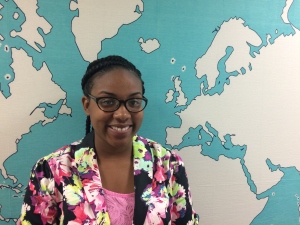