Stella Galyean has been named the statewide winner of the Dallas Herring Achievement Award from the North Carolina Community College System for her accomplishments at A-B Tech Community College.

The award was established to honor the late Dr. Dallas Herring whose philosophy of “taking people where they are and carrying them as far as they can go” is the guiding principle of NCCCS. The award is given annually to a current or former student from one of 58 community colleges who best embodies Dr. Herring’s philosophy.

Galyean is the first person in her family to earn more than a sixth-grade education. She grew up in a home with a mother who had a drug abuse problem and was married into an abusive relationship at 13. When she first earned her GED at A-B Tech, she herself was a sixth-grade dropout.

“If someone had told me five years ago that I would be a college student and would soon be starting on a bachelor’s degree, I would have thought they were out of their mind,” said Galyean. “I never thought I would go anywhere.”

After receiving her GED, she took a College Bridge Class where she learned more about what A-B Tech had to offer. She has since earned a certificate in Substance Abuse Studies, an Associate in General Occupational Technology and will graduate in May with honors with an Associate in Arts to use to transfer to East Tennessee State University.

“Stella has risen above the challenges of her past to excel as a student and as a leader on our campus. One of her greatest strengths is her ability to lead others with a quiet grace that both inspires and provides the means for others to grow their own leadership skills,” said A-B Tech President Dennis King.

“After years of hearing that I was stupid and that I would never amount to anything, it was time for a change. A-B Tech has given me the tools I need to be a successful student,” she said.

The mother of five children, Galyean also received the Wachovia/Wells-Fargo New Futures Scholarship and the K. Ray Bailey Golf Classic Scholarship from A-B Tech’s Foundation. She was selected as a Coca-Cola Silver Scholar and placed on the All-USA Community College Academic Team. After overcoming cervical cancer, Galyean found time to give back to her community and A-B Tech by volunteering at numerous events and fundraisers.

“Stella has the most inspirational story of any student I’ve worked with. She is amazing and we are very proud of her,” said Dr. Beth Stewart, Dean of Arts and Sciences at A-B Tech. 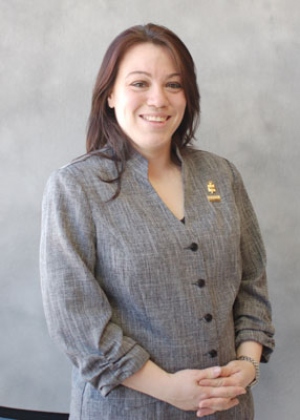