Steven Vernon had worked in manufacturing for over thirty-two years when he learned his job would be terminated.  Five short days later, he was unemployed.  Through the Trade Readjustment Act, Steven was given the opportunity to go to college, get a degree, and make a career change.

“At the age of 50, I found myself back in school,” Steven remembers.  He enrolled in the Early Childhood Program at Sampson Community College.  Many changes had occurred in education since his high school days, with computers being one of his major hurdles.  But Steven’s diligence and dedication propelled him to overcome all barriers and succeed.   “With the help of great instructors and the Student Support Services tutoring program, I have worked hard to maintain my GPA,” says Steven.  Eventually he was selected to join Phi Theta Kappa honor society, even serving as Vice President, and has achieved SCC’s President’s List six out of seven semesters.

Steven is considering transferring to a university to pursue a bachelor’s degree in Early Childhood.  He feels well prepared, and feels confident about taking the next step in his journey.  “I look forward to helping young children become the leaders of tomorrow,” he says proudly. 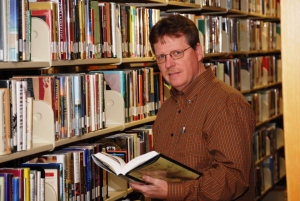